In 'A History of the World in 100 Objects’, Neil MacGregor showed how things can vividly illuminate their times. As he turns his attention to the age of the Bard, he introduces some of the items featured in his new Radio 4 series. 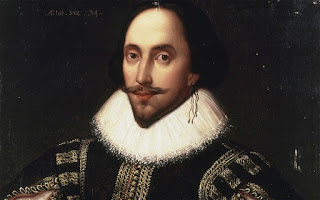 The Telegraph, 13 Apr 2012
'Did you know that part of Shakespeare’s money comes from the fact that he has a share in the catering franchise which no other playwright has? That’s why he makes money and Marlowe and Jonson don’t.”
That’s Neil MacGregor’s opening gambit in our stimulating conversation about Shakespeare’s Restless World, the title and the subject of his new BBC Radio 4 series. In two sentences, he blows away the idea of Britain’s most famous playwright as a subject of dusty, academic study and turns him into a man with a passion for the theatre – and an eye for the main chance. It is characteristic of MacGregor’s ability to bring history to life.
Even before he became director of the British Museum, MacGregor was fascinated by the evocative power of objects. “The distinction between a gallery and a museum is enormous,” he says. “The gallery is about looking at a thing of beauty; the purpose of the activity is an aesthetic response. The museum is actually about the object that lets you get into somebody else’s life.”
He proved this thesis in 2010 in his previous BBC Radio 4 series A History of the World in 100 Objects, which accumulated four million listeners in an average week. So when it came to Shakespeare, it seemed to him obvious to use the same approach. “Everyone is thinking about what Shakespeare means to them now,” he says. “But one of the points of this museum is to allow the visitor to understand what the world looks like from somewhere else. So we thought it would be interesting to ask: when you first saw these plays, what were they about to you?”
This telescope back to the 16th century asks questions that can be answered. “We can’t get into Shakespeare’s head – it is too difficult,” says MacGregor. “But we can get into the heads of people in his theatre.”

Understanding Shakespeare’s first viewers is particularly revealing, he says, because: “London theatre is different: it is a commercial theatre that brings the whole of society into one place. And Shakespeare grasped, better than anyone else, what it means to engage the entire audience.”
Shakespeare reflected every aspect of his unsettled times – except for plague, which is scarcely mentioned in the plays. “Probably it was simply too frightening,” says MacGregor. But researching how the audience would have reacted to what they saw on stage, he suddenly understood “the precarious nature of the late Elizabethan state. If you are born in 1564, your dislocation from your parents’ experience is very profound. You are the first generation who will have had all your religious experience in English, the first to have a countryman circumnavigate the globe. All the power and economic structures of the world are changing around you. And you don’t know what it is going to mean.
“I feel I understand now why whenever there are revolutions Shakespeare is what people turn to. Because whenever a society is on the cusp, about to become something else, they find themselves in Shakespeare.”
The eyeball of a Catholic priest, turned into a relic (circa 1606)

This is the eyeball of Edward Oldcorne and the last thing it would have seen was the executioner walking towards it, to disembowel him while he was still alive. After the Gunpowder Plot, James I did exactly what they didn’t do after 9/11 and insisted the conspiracy was not about religion, it was about a few traitors. But it was still an offence to be a Catholic priest, and Oldcorne, who had nothing to do with the plot, was denounced and hanged, drawn and quartered.
His eyeball became a relic. It is also a reminder that the crowds who went to the executions in the mornings are the same crowds who went to the theatre in the afternoon.
A stage is actually called a scaffold, and in Henry V the Chorus uses the word. So when Shakespeare stages the putting out of Gloucester’s eyes in King Lear, it is for an audience who would have seen people being disembowelled and the severed heads on London Bridge.
The way they responded would have been conditioned by the fact that they were living in a constant theatre of cruelty.
Designs for a Union flag (1603-4)

Many of Shakespeare’s plays before 1603 address the idea of England. After James I ascends the English as well as the Scottish throne, you can no longer talk in the public theatre about England in that way, particularly if you are close to the court as Shakespeare then was. James wants to be King of Great Britain, but Parliament won’t allow it. The English don’t want to be part of something bigger. Then James decides he will have a flag of Great Britain – and these fascinating designs are the result. He is trying to balance the two countries – rather as if the UK now were trying to combine the Union Jack and the EU stars – and preferred the one that placed the two flags side by side, which
looks messy but is a perfect emblem of what has happened, that there is a union of the crowns but not of the state. This is the big theme of politics throughout the 1600s and Shakespeare responds with plays that talk about Britain for the first time – such as Cymbeline.
Allegory of the Tudor succession (circa 1572)

If you were born in the 1560s, your parents told you about the constant ups and downs of the Reformation. But England had avoided civil war because – as this picture explains – it had been lucky enough to have the Tudors. This is a wonderful image of the dynasty, with Henry VIII on the throne, Edward VI on the right, and Mary, with Philip of Spain, on the left. Because Philip is a foreigner he is not on the carpet – not quite family, you understand. Behind him, because he is Spanish and Catholic, is War. But Elizabeth brings peace, abundance and plenty. When this is painted, she is the great guarantee of the safety of the country. And the question is, who is she going to marry?
By the 1590s nothing has changed, except that now Elizabeth can’t marry and can’t have children. So throughout Shakespeare’s life and all of the adult life of his audience, there was one huge question: are we going to have a civil war when the Queen dies? Play after play – Hamlet ends with a disastrous succession crisis and a foreign invasion; Richard II is entirely about what happens if you don’t have a ruler – is about this key question. Gradually, it becomes clear that the least worst option is the ghastly Scot.
In the 1590s, this ship (below) was presented by James (VI of Scotland, James I of England) to the church in Leith as an offering for divine intervention that rescued him and his bride from storms caused by witches. In England, witches are a low-grade, parish council type of witch; Scottish witches operate on a higher political level. A woman called Anne Sampson confesses that she has been up to something nasty, because the devil told her that James was the most powerful Christian king. James sees that this is good for his image and ensures that the story – in which Sampson talks about going to sea in a sieve – is widely circulated. Her words are echoed in Macbeth.

A theatre-goer’s fork - below left
Shakespeare’s audiences made their way to Southwark either by boat or across London Bridge – and Southwark is where all the action is. The bear-baiting, the cockfighting, the brothels and the theatres. Once there, what did they eat? We know from the excavations of the theatres that if you are standing in the pit, you’re eating oysters and whelks from the shells. But the rich are eating grander things. They bring their own food – it’s rather like Glyndebourne –and they bring their own glasses, because occasionally bits of broken expensive glass were found. At the Rose Theatre, they found this fork, which is the perfect demonstration of the way that the whole society was in this theatre. A fork in the 1590s was a very new, smart, foreign implement – it’s Italian. When Falstaff in The Merry Wives of Windsor talks about “hail kissing comfits and snow eringoes” (eringoes are candied sea holly, like a crystallised fruit), this is the kind of fork you prod the fruit with. It is so wonderful because when you look at the oyster shells and the fork it takes you into the physical experience of being in that theatre.

Rapier and dagger (circa 1600) - both above right
One of the great problems of Elizabethan London is knife crime among the upper classes. There is constant brawling with swords and knifes. Laws are passed but there is no proper police force so they can’t be enforced. As you walk to and from the theatre, you are quite likely to see people fighting. So to an Elizabethan audience, Romeo and Juliet is not about adolescent love: it is about what knife crime does to a society and the failure of the authorities to control it. This was an absolutely critical issue in the 1590s. The phrase 'young blade’ meaning a young man up for sex, a fight, drink or fun, is first recorded in Romeo and Juliet. This dagger and rapier were found on the shore of the Thames and were either dropped by someone getting out of a boat, or discarded by someone who was in trouble. They were very valuable indeed.
Shakespeare’s Restless World starts on Radio 4 at 1.45pm on Mon
Posted by Νίκος Λαγκαδινός at 11:04 PM